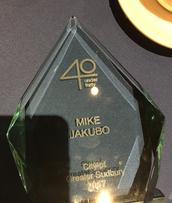 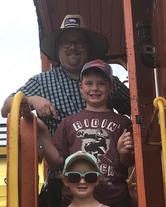 Born and raised in Greater Sudbury

Mike was born and raised in Greater Sudbury's New Sudbury area, playing in local minor hockey and baseball leagues.  Shortly before entering high school at St. Charles College, Mike grew a keen fondness for two different sports being golf and curling.  These sports gave Mike many opportunities to proudly represent Greater Sudbury on the provincial and national stages culminating in competing at the 2001 Canadian Junior Golf Championships in Nova Scotia and the 2005 and 2009 Tim Hortons Briers (Canadian Men's Curling Championships) in Alberta.

Mike graduated from St. Charles College in 2001 and received his Honours Bachelor of Commerce Degree from Laurentian University in 2005.

Mike is married to his wife Jody of ten years, a high school teacher and co-ordinator with the Rainbow District School Board.  Together they have two amazing children, eight year old son, Malik and six year old daughter, Myla.

Mike moved to Toronto, working for Ernst & Young LLP for three years following university to pursue his Chartered Accountant's designation which he attained in 2008.  Since 2008, Mike has attained his Chartered Professional Accountant's designation as well as become a Licensed Public Accountant and in 2016 took over as the proud owner of the local accounting firm, Jakubo Chartered Professional Accountants.  A good component of Mike's work as a CPA, CA has always and continues to include being an external auditor for a variety of organizations including charities and municipalities from Canada's largest City to some of its smallest Townships.  This work has given Mike extensive experience in Municipal Finance and Municipal Policy and Procedure which has and will continue to serve him, the citizens of Ward 7 and all of Greater Sudbury very well.  In 2017. Mike's work on Council and in his Public Accounting practice were recognized with a prestigious 40 Under 40 Award.